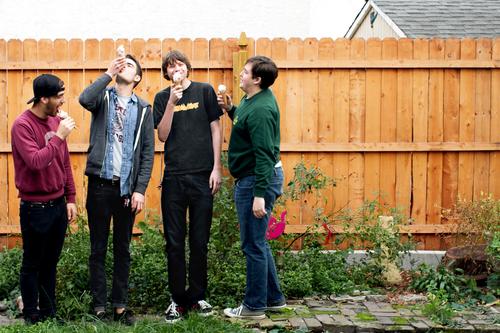 Modern Baseball are an American indie rock/melodic punk band from Philadelphia, Pennsylvania that formed in 2011. The band consists of vocalist/guitarist Brendan Lukens, lead guitarist Jacob Ewold, bassist Ian Farmer and drummer Sean Huber. The band members come from the Frederick county of Maryland; and released their first EP, The Nameless Ranger, online as a free download in November of 2011. This was followed by a split seven-inch with Marietta, entitled Couples Therapy, in May 2012; as well as their debut album, Sports, that November. Their second studio album, You’re Gonna Miss It All, was released via Run For Cover Records in October 2013.