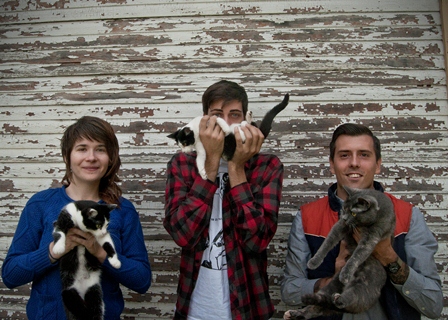 From Tiny Engines: Known for its tireless work ethic and resolute DIY attitude, Run, Forever has spent much of the last two years on the road, playing to enthusiastic fans in tiny clubs, sweaty basements and crowded house shows around the country. From fist-pumping, sing-along punk anthems to swinging folk rockers to more intimate acoustic numbers, the outfit's songs touch on issues such as the corruption of organized religion, politics and - on its debut - the struggle to overcome the tragic loss of former band mate. Run, Forever never fails to impress with its ability to write driving, gritty tunes without sacrificing melody or falling into predictability, and its music is one of those rare specimens that resonates profoundly in both our ears and our hearts.

In 2013 The band worked with Soft Speak Records to release a four-way split in collaboration with Stay Sweet Fest in Richmond, VA. The split featured Dowsing, Captain we're sinking, and Haverford.